IOS 15 — What You Can Expect in the Latest IOS Software? 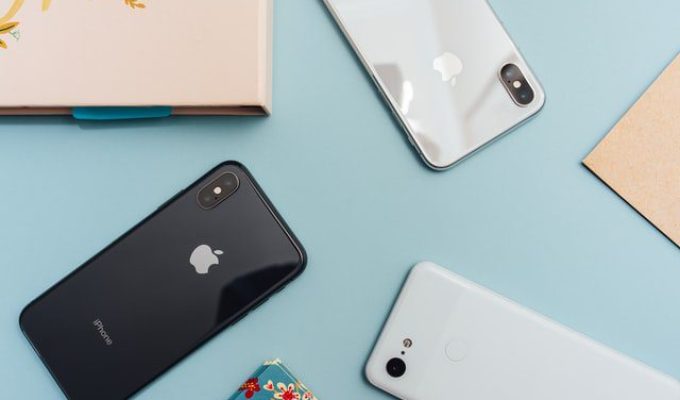 iOS 15 — What You Can Expect in the Latest iOS Software?

User interface lags and keyboard issues were significant concerns in iOS 14. But, you won’t get these sorts of difficulties in iOS 15. Apple has made significant improvements in the upcoming software update.

In iOS 15, Apple emphasized securing the user’s sensitive data. Even in some iOS applications, Apple has added exclusive features. Though, the developers didn’t disclose iOS 15’s release date. But, you can expect it to be by the end of 2021. Apple has already received immense appreciation for the iOS 14’s security features. And, in iOS 15, the users might get additional security updates. There will be interface changes in the latest iOS update.

Currently, the beta version of iOS 15 is available for iPhone users. But don’t try to use it; you will end up facing unwanted issues. Even in the beta software, Apple has removed some essential iOS 15 features.

So, wait for the initial iOS 15 launch to get an entirely new experience. Do you need more information about the upcoming iOS update? Here are more details about iOS 15 that Apple announced at WWDC:

Is There Any Expected Date of iOS 15 Release?

In WWDC 2021, Apple talked about releasing new iPhone models. And, they announced that iOS 15 might be launched in September. But, Apple didn’t make any clear statement about the official release date. Apple’s developers mentioned that iOS 15’s beta program would be ready to download on June 30. However, only the iPhone 12 users can use this beta version of iOS 15. In the older model of the iPhone, this software update might not support it.

Consider buying the iPhone 13 once it is released in the global market. In that iPhone model, you can use iOS 15 features without any hurdle. And, if you face issues after the iOS 15 beta update, contact the iPhone repair service Center.

Which iPhone Models are Compatible with iOS 15?

iOS 15 is coming up with new features which will bridge the communication gap of iPhone users. After this update, you can do much more than calling or texting friends and family. But, not every iPhone user can use this improved version of iOS 14. Because iOS 15 is limited to the iPhone 12 series users.

However, Apple has mentioned this latest update might work in the iPhone 11, 11 Pro, and 11 Pro Max. Along with these, iOS 15 might be compatible with the following iPhone Models:

Do you use the iPhone 5s or iPhone 4? Don’t expect to have the iOS 15 update in these iPhone models. Apple won’t release iOS 15 in any of the iPhones that were released in 2012 or earlier.

A set of new features is going to be introduced by Apple in the iOS 15. Though, Apple planned to roll out this update at the starting of 2020. But, due to the global pandemic, Apple delayed the launch of iOS 15. Make sure the iPhone has an A12 Bionic system to use the iOS 15 features. Or else, it will be cumbersome to access the latest iOS app or update features.

User privacy has always been a prime focus of the Apple developers. And, in iOS 15, Apple has included new privacy features for better data protection. Alongside, Apple discussed the following iOS 15 features that are lined up for release:

FaceTime is playing an integral role in connecting people amidst the pandemic. Apple has introduced new features in this video calling platform in iOS 15. You can now share the iPhone screen with other FaceTime users. Moreover, the corporate sector is conducting business meetings with this iOS app.

Look for the “SharePlay” feature to listen to the same music at the same time. You can watch the latest TV series together from the on-demand streaming platforms. And, these include Disney Plus, Twitch, Hulu, and Prime Video. You can expect the “SharePlay” feature to work in Netflix and YouTube Premium in the coming years. Unfortunately, this feature might not work after the initial iOS launch.

What Else is in there?

FaceTime is coming with a “Spatial Audio” feature. Apple has added that to improve the audio clarity in the face-to-face conversion. Keep all the participants in the same-sized tiles with “Grid View.” FaceTime’s Portrait Mode will blur the background and focus on the user’s face. There will be different mic models in the updated version of FaceTime as well.

Broad Spectrum is another exclusive feature that aids in audio enhancements. With “Voice Isolation,” you can reduce the background noise from the video call. Apple has also made FaceTime a cross-platform video calling application. Along with the iOS users, now Android and PC users can use FaceTime. Once the Apple users generate the link, you join the meeting via a web application.

In 2012, Apple Maps was initially introduced as a default application in an iPhone. But over time, Apple has improved this navigation app to show accurate results to iOS users. And, after the iOS 15 update, Apple Maps will get new features. There will be an AR feature that will scan the nearby building of the road where you are walking. You can now save the public transportation details in the Apple Watch and iPhone. Once you reach the station or bus stop, Apple Maps will instantly notify you.

In the latest version of Apple Maps, there will be — 3D landmarks and driving directions. Additionally, iPhone users will get weather updates and alerts while driving or walking. Enable the “Night Mode” of Apple Maps if you need to go somewhere at night. Apple didn’t stop there! In the iOS 15 update, Apple has improved the road colors and added rich labels.

iOS 15 included an improved version of the “Shared with You’ feature. With this, you can directly reply to others without accessing iMessage. And, this feature will work in Safari, Apple TV, Apple Music, and Photos. Do you listen to Apple Podcasts? You will find the Shared with You option in this podcasting platform as well.

In the updated version of iMessage, if someone sends more than 3 photos, it will appear as a collage. You can even slide through the stack of the photos without any hassle. Moreover, iPhone users get an option to look at the pictures in a “Gridview.” Saving the iMessage’s photo collection will become more accessible after the iOS update.

What Else You Can Expect to Have after the iOS 15 Update?

Apple has improved the notification system in iOS 15. There will be more prominent icons in the notification of iOS devices. It will help you to read and identify the important messages instantly. Even the most relevant messages will be shown at the top of the notification bar. Moreover, change the outfits, headwear, and other accessories from the new Memoji.

Open the “Focus” section and let the users know what you are currently doing. It will help you to prevent unwanted calls while you are working or driving. Safari got a new interface design in iOS 15. Activate Safari’s “Voice Recognition” feature for a hassle-free web surfing experience. So, explore the new features once iOS 15 comes into existence.